Bone broth: the way our ancestors made soups for centuries. Bone broths were often used to stretch an animal kill to its furthest advantage, and a crucial tool for survival. Unlike stock, bone broth is a much longer process with a higher nutrient yield. The process of slowly simmering bones, animal remains and choice foraged herbs and vegetables down to the smallest nutrients.

We ate like this for thousands of years. Pre-agricultural era even, as old as the discovery of fire one could imagine; a game changer for the human race. It’s was how the working class could survive on little meat.

It wasn’t until the idea of making food items not just for fuel, but for profit did the quality of food begin to shift. Dehydrated meat stock, pressed into tablets, started to come about in the mid 17th century. These were still quite nutritious, until the commercialized, mass produced versions came off the industry line in the early 1900’s. In the name of providing the public better access to less expensive food products with extended shelf life, these industries unfortunately resulted with inferior quality served on the dinner table. Can we safely assume that their intentions were good back then, but lacked the science?

Eventually with the popularity of low-fat eating starting in the 1970’s rich fatty sauces, stocks, and gravies became more a thing of the past. Laboratory made flavors and additives became symbols of modern novelty and advancement of civilization. It’s not just chicken soup flavor we need though, but the animo acids and enzymes that came with grandma’s chicken soup.

Thankfully people are starting to return back to basics, smart readers like yourself choosing to empower themselves rather than staying at the mercy of food trends. How wrong were we about the low-fat movement? Women trying to look young and trim, readily would shy away from those beautiful fatty youth plasma that held the secret to youth. Not only is bone broth nutrient dense, its is rich in collagen.

The quality of your bones are crucial. I know everyone has a limited budget, and organic or grass-fed bones are not always available, but I urge my readers to do the best they can in this arena. Only use grass-fed beef bones for a beef bone broth, as the prions that cause CJD (aka mad cow disease in humans) are found in the skeletal tissue and bone marrow of the animal.

*If you can’t find grass-fed beef bones, go on the side of caution and just use fish, chicken or pork bones if conventionally raised animal products are only available. Wasting Elk Syndrome, prion disease in deer is also rampant across the U.S. I would exercise caution with using deer meat, as animal not showing symptoms does not mean they aren’t carrying it.

You can store leftover bones in the freezer until you have enough material (and enough time!) to make a big pot of broth. In a large stock pot, combine the bones and top with water a good 3-5 inches above the bones. Bring to a boil, then simmer for the recommended times listed above. Check on the pot periodically, adding a cup of water here and there while it slow cooks on low heat. A plug-in crock pot is also a suitable and convenient alternative for who are more on the go.

Once the bones are very soft and partial dissolved, remove the pot from heat and use tongs to pull out the bones from the lovely broth. Pick off any edible pieces of meat to add into the soup. To make a cleaner looking broth, you can filter out the grit by running the broth through a cheesecloth lined strainer.

Stronger, heartier bones like beef and pork sometimes can be used again for multiple broths. Some people list 3-4 times, but I argue if you are making the most out of your broth, there shouldn’t be much left over for more than one other use.

I loved as much as you’ll receive carried out right here. The sketch is tasteful, your authored subject matter stylish. nonetheless, you command get got an nervousness over that you wish be delivering the following. unwell unquestionably come further formerly again as exactly the same nearly very often inside case you shield this increase.|

hello there and thank you for your info – I have certainly picked up anything new from right here.
I did however expertise some technical points using this site, as I experienced to reload the
website lots of times previous to I could get it
to load properly. I had been wondering if your web hosting is OK?
Not that I am complaining, but sluggish loading instances times will often affect your placement
in google and can damage your high quality score if advertising and marketing with Adwords.
Anyway I am adding this RSS to my e-mail and could look out
for much more of your respective exciting content. Ensure
that you update this again very soon.

thank you, I’ll ask my web developer to look into that!

Hello there! I could have sworn I’ve been to this
site before but after looking at many of the articles I realized it’s
new to me. Regardless, I’m definitely pleased I discovered it and I’ll be book-marking it and checking back often! asmr 0mniartist

I was recommended this website through my cousin. I’m now not positive
whether or not this post is written by means of him as no one
else know such precise about my difficulty. You
are amazing! Thanks!

Hey would you mind sharing which blog platform you’re working with?
I’m planning to start my own blog soon but I’m having a
difficult time deciding between BlogEngine/Wordpress/B2evolution and Drupal.
The reason I ask is because your layout seems different then most blogs and
I’m looking for something unique.
P.S Sorry for being off-topic but I had to ask!

Hello, its fastidious piece of writing concerning media print, we all be familiar with media is a enormous source
of data.

Hi are using WordPress for your blog platform?
I’m new to the blog world but I’m trying
to get started and set up my own. Do you need any html coding expertise to make your own blog?
Any help would be greatly appreciated!

It’s amazing to go to see this web site and reading the views
of all mates on the topic of this post, while I am also zealous of getting knowledge.

I was able to find good advice from your articles.

This article will assist the internet users for building up new website or even a blog from start to end.

thank you very much!

Nice post. I learn something totally new and challenging on blogs I stumbleupon every day.
It’s always interesting to read articles from other writers and use
a little something from other sites.

Magnificent beat ! I would like to apprentice
while you amend your web site, how can i subscribe for a blog website?
The account helped me a acceptable deal. I had been tiny bit acquainted of this your broadcast offered bright clear concept

This is a topic that’s near to my heart… Cheers!
Exactly where are your contact details though?

This is really fascinating, You’re an excessively
skilled blogger. I’ve joined your feed and stay up for in the hunt for
extra of your magnificent post. Also, I’ve shared your web site in my social networks

Please let me know if you’re looking for a article writer for your site.
You have some really good articles and I believe I would be a good asset.
If you ever want to take some of the load off, I’d absolutely love to write some material for your blog in exchange for a
link back to mine. Please send me an e-mail if interested.
Many thanks!

Thanks a bunch for sharing this with all of us you really recognize what
you are talking about! Bookmarked. Kindly additionally consult with my website =).

We could have a hyperlink exchange agreement among us

Write more, thats all I have to say. Literally, it seems as though you relied on the video to make your point.
You clearly know what youre talking about, why waste your intelligence on just posting videos to your blog when you could be giving us something informative
to read?

I truly love your website.. Pleasant colors & theme.
Did you create this website yourself? Please reply back as
I’m hoping to create my own website and would love to learn where you got this from or what the theme is named.
Cheers!

My friend Travis Redwood designed it for me

What’s up, this weekend is pleasant for me, as
this occasion i am reading this great educational post here at my house.

What i do not realize is in truth how you are no longer
really a lot more neatly-preferred than you may be
now. You are very intelligent. You recognize thus considerably in terms of this matter, produced me
for my part imagine it from numerous numerous angles.
Its like men and women aren’t interested until it’s something to accomplish with Girl gaga!
Your individual stuffs outstanding. Always handle it up!

Hola! I’ve been following your site for a while now and finally got the courage to go ahead and give you a shout out from
Humble Tx! Just wanted to mention keep up the fantastic work!

Thank you so very much!

Do you have any video of that? I’d care to find out more details.

Good day! I just would like to offer you a huge thumbs up for
the great information you have here on this post.
I am returning to your site for more soon.

Hi, yes this article is truly fastidious and I have
learned lot of things from it about blogging. thanks.

My programmer is trying to convince me to move to .net from PHP.
I have always disliked the idea because of the costs.
But he’s tryiong none the less. I’ve been using
WordPress on numerous websites for about a year and am concerned about
switching to another platform. I have heard
fantastic things about blogengine.net. Is there a way I can import all my wordpress posts into it?
Any help would be really appreciated!

Hi there to every body, it’s my first pay a visit of this
blog; this web site carries awesome and truly fine
stuff in support of visitors. 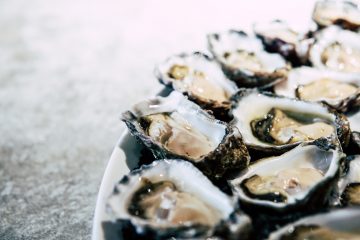